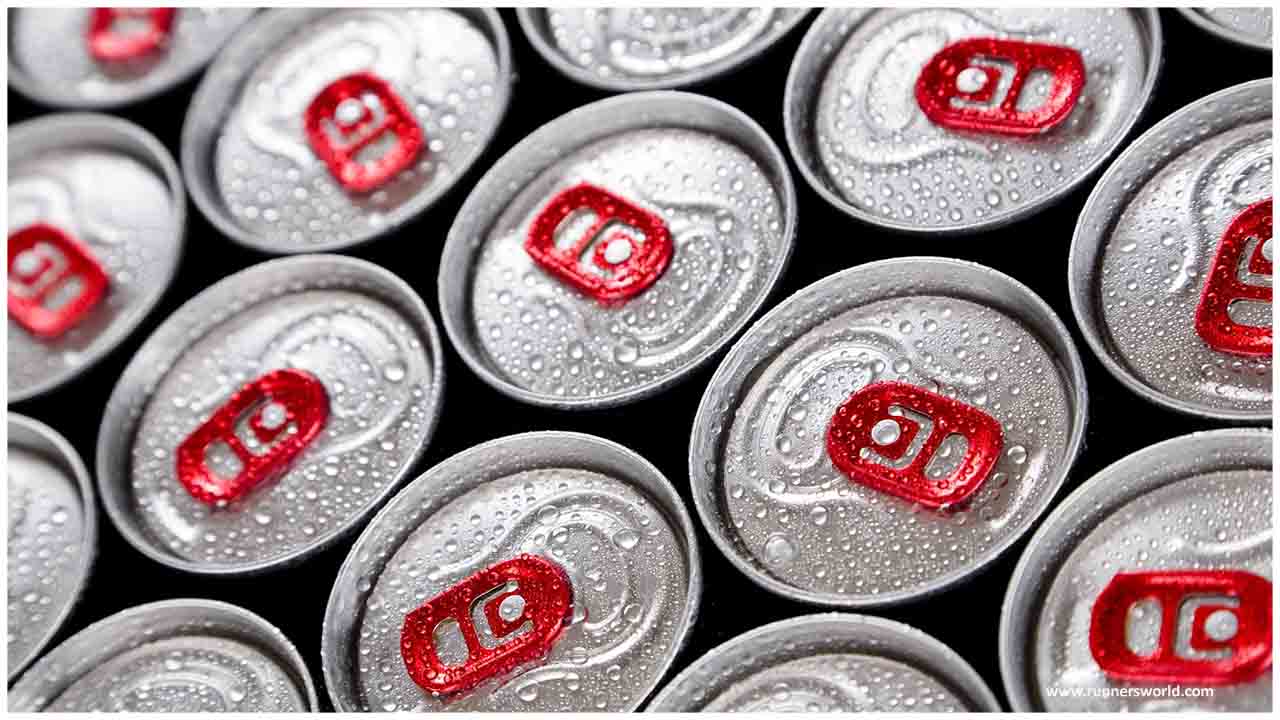 Energy drinks are beverages that contain high levels of an ingredient which stimulates the sensory nerves, usually caffeine as well as sugar and other nutrients, such as vitamins or carnitine. The energy drink is promoted as a product which is capable of enhancing mental alertness and physical performance.

They are different from sports drinks, which basically are used to replace water and electrolytes during or after physical activity and from coffee and tea, which are brewed, contain fewer ingredients, and may be decaffeinated. Energy drinks are also different from soft drinks, which either do not contain caffeine or contain relatively small amounts of caffeine. Although some energy drinks are considered beverages, others, namely those containing food additives e.g., taurine or other amino acids, may be marketed as dietary supplements. Examples of energy drinks are Red Bull, Monster, etc.

The manufacturers of energy drinks claim that their products boost energy levels. Those claims generally have been based on the stimulant effects of a drink, which were said to be derived from the specific concoction of ingredients. Researches indicate that the stimulant effects of energy drinks are primarily due to caffeine. Other ingredients, such as taurine and Vitamin B6 and B12, could potentially exert biological effects but have not been known to increase energy levels; the effects of some ingredients (e.g., glucuronolactone) are unknown. Levels of vitamins and certain other additives in energy drinks often far exceed recommended daily intakes.

In the early 21st century, the safety of energy drinks was an emerging public health issue. In particular, the combined use of energy drinks and alcohol became popular particularly among young and college students which was linked to an increased likelihood of high-risk drinking behavior and increased risk of alcohol-related injury and other consequences. Studies in human subjects who consumed energy drinks revealed potentially dangerous effects on heart function and blood pressure that land a few in the emergency room. Discoveries were as of late published in the Journal of the American Heart Association and recommend that anybody with hypertension or heart rhythm disorder should utilize alert while consuming caffeinated drinks.

A huge study done on the impacts of caffeinated drinks on the heart and blood pressure in young healthy volunteers assessed that about 30% of young people between the ages of 12 through 17 years in the United States consume caffeinated drinks all the time, which have been connected to increased emergency room visits and deaths.

A study done at the University of the Pacific in Stockton, California, showed health concerns related with caffeinated drinks. Caffeinated drinks which contain a blend of caffeine and other vitality boosting fixings have been connected to various medical issues, including abnormal heart rhythm, heart attack and sudden cardiac arrest. Be that as it may, exactly how caffeinated drinks cause the increase in health risks isn't completely clear.

To find out additional, specialists followed heart action in 34 solid volunteers who devoured two well known brands of caffeinated drinks (or a fake treatment sugar drink) on three separate events. The objective was to perceive how caffeinated drinks influence circulatory strain and changes in QT span, which is the time it takes the heart to revive in the middle of thumps.

The caffeinated drinks tried in the investigation contained somewhere in the range of 152 and 160 milligrams of caffeine for each can, alongside different fixings like taurine, glucuronolactone and nutrients. The fake treatment drink contained just carbonated water, lime juice and cherry seasoning.

Thus, specialists encourage people with heart conditions and hypertension to use caution and cutoff their caffeinated drink admission. Creators likewise urge extra exploration to contemplate the drawn out wellbeing impacts of standard caffeinated drink utilization and to help distinguish the fixings that represent a risk to heart health.

The society ought to know about the effect of caffeinated drinks on their body particularly on the off chance that they have other fundamental health conditions.

Other ways to boost your energy

With regards to your energy level, probably the most significant components are rest, sustenance, hydration, stress the board, and physical action. Indeed, even little moves can have any kind of effect.

Focus on more and better quality rest—even 30 to 60 mins more per every night to begin with. Settle on more fresh produce and avoid processed foods. Settle on water as your choice of beverage. Evaluate a free, five-minute guided meditation application to help relieve stress. Lastly, discover approaches to work in development, regardless of whether that basically implies taking a stroll around the building or park. On the off chance that you despite everything feel like you need a moment of energy lift, attempt chamomile tea, green tea or matcha, which actuates unwinding without laziness. Stay away from add ons that can destroy the energy, like excess sugar, sugar substitutes, and ordinary dairy items. Six hours before sleep time, quit drinking any caffeine to avoid disturbance in falling asleep. The way to sustained energy is keeping your body and brain in balance. Rather than a convenient solution in a can, get a glass of water and sit outside for a couple of moments. Nibble on an apple with almond spread, or veggies with hummus as opposed to a sweet alternative.

The little advances you take to organize wellbeing will prompt more noteworthy energy payoffs both today and tomorrow. Just do not take the wrong ways.