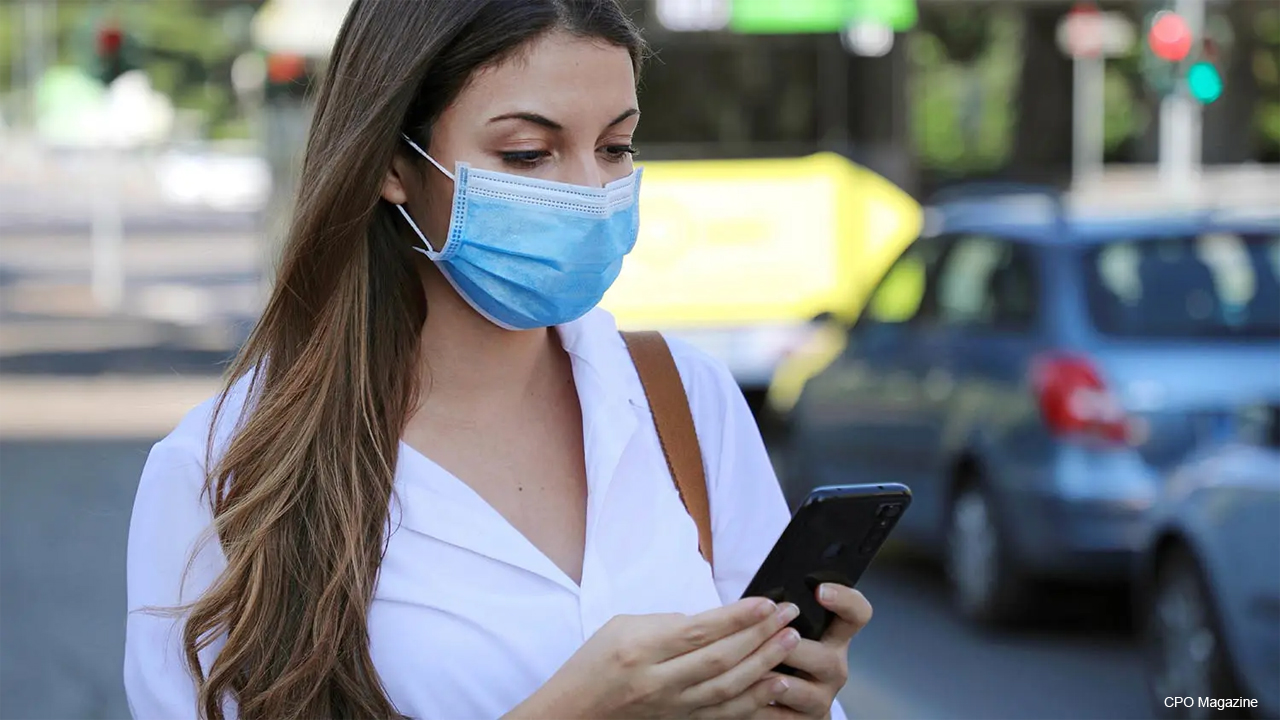 Study is based on self-reported behaviours using an online survey carried out between 3 June and 27 July 2020.

Mask-wearing is associated with better control of COVID-19 transmission in the community, according to a study that links data from a survey of more than 300,000 people in the US with localised estimates of virus transmission based on the reproductive number (R), published today in The Lancet Digital Health journal.

The study, based on observational data and mathematical modelling, found that a 10% increase in self-reported mask-wearing was associated with a more than 3-fold better odds of keeping the instantaneous reproductive number (Rt), which measures the number of secondary cases arising from a single case for a given time point, below 1. An Rt number below 1 is considered a key sign that virus transmission is slowing.

Mask-wearing rates increased steadily throughout the survey period, between 3 June and 27 July 2020, but the authors did not find an additional rate increase following the introduction of statewide mandates in 12 states. The researchers say this may explain why studies analysing the effects of mask mandate interventions may find mixed results despite the potential benefits of mask-wearing.

The study cannot prove that mask-wearing is directly responsible for slowing virus transmission and it is possible that people who report wearing masks may also engage in other behaviours that reduce their risk of COVID-19 infection, such as increased hand washing, and this was not addressed in the study.

Nevertheless, the findings lend further support for community adoption of face masks as an important intervention for reducing SARS-CoV-2 transmission.

Professor John Brownstein, senior author of the study, from Boston Children’s Hospital, said: “Wearing face masks or face coverings in public spaces has been mandated by governments around the world to try and stem transmission of COVID-19. The aim is to provide a physical barrier that prevents the spread of virus-laden droplets. However, past evidence on the effectiveness of mask use against COVID-19 transmission is mixed and setting up randomised controlled trials to investigate this is challenging. Our findings, based on observational data, suggest a community benefit for wearing face masks for slowing the transmission of COVID-19; however, mandates alone may not be enough to increase mask use. We recommend that policy-makers consider additional strategies to evaluate and increase mask usage in order to disrupt the ongoing COVID-19 epidemic.”

Face masks may help to prevent COVID-19 transmission by protecting the wearer from becoming infected or preventing the wearer from passing on the virus if they are infected, or both. Laboratory studies have shown that face masks can reduce the amount of virus detectable in exhaled breath from a user. However, a published randomised controlled trial did not show any impact of mask use on the wearer’s risk of infection with COVID-19. Testing whether mask-wearing protects others from being infected by the mask wearer is logistically challenging, potentially unethical, and has not been explored in a clinical trial.

The new study used mathematical modelling to investigate the association between self-reported mask-wearing, physical distancing and SARS-CoV-2 transmission in the US.

A web-based survey was used to gather self-reported data on mask-wearing habits from across the 50 states and the District of Columbia. Participants were asked to rate on a four-point scale how likely they were to wear a mask while grocery shopping or visiting family and friends.

Levels of physical distancing within each state were estimated from the amount of time people spent at home, based on anonymised data from Google users who had opted to allow sharing of their location history on their mobile devices. These data were compared with a baseline period (3 January – 6 February 2020), before people changed their mobility behaviours as a consequence of the COVID-19 pandemic. As an alternative measure of physical distancing, the researchers also used data on the number of self-reported social contacts reported from Carnegie Mellon University’s Delphi Research Groups COVID-19 symptom survey (delivered through Facebook’s web platform) to check the reliability of their findings that were based on Google data.

Co-author Ben Rader, of Boston Children’s Hospital and Boston University, said: “An important finding of this research is that mask wearing is not a replacement for physical distancing and US states the practiced both at high levels had the best probability of controlling disease spread.”

The researchers estimated levels of virus transmission in each state over time based on the daily estimated Rt number obtained from the publicly available database Rt.live, and fitted to case data from two other open databases, The COVID Tracking Project and the COVID-19 data working group.

The study does not account for contact tracing and diagnostic testing, which may play a large role in transmission control. Additionally, the researchers did not investigate specific types of masks or the use of face shields in conjunction with masks.

There were 378,207 responses to the web survey recorded. The majority of respondents reported being ‘very likely’ to wear a face mask to the grocery store (84.6%) while less than half did so to visit family or friends (40.2%). Very few reported they were ‘not likely to wear a mask at all’ (4.7%).

Self-reported mask-wearing was highest among people aged 65 and over (48%) and race groups other than White (Black, 62%; Hispanic, 57%; other, 49%). Mask use also varied according to geographical location, with the highest proportion of reported mask-wearing found along the coasts and southern border of the US, as well as in large urban areas.

During the time period studied in June and July 2020, laws were introduced to mandate mask-wearing in public spaces in 12 states. The team compared self-reported mask-wearing habits in the two weeks before and two weeks following the introduction of these mandates. They found there is a general increase in reported mask-wearing prior to these policies going into effect, which continues after their implementation. The researchers say further research is needed to understand what role mandates play in maintaining this trend and what other factors may affect people’s decisions to wear a mask or not.

Co-author Dr Christina M. Astley, a clinician and epidemiologist with Boston Children's Hospital and Harvard Medical School, said: "Our findings suggest widespread use of face masks may help to control SARS-CoV-2 transmission. The world is facing a more transmissible coronavirus strain, hospitals are struggling with new cases, and vaccination programs are still being rolled out. Interventions are needed now to lower the burden on our healthcare systems. This research provides additional evidence that those interventions should include wearing face masks to protect ourselves and as well as physical distancing."

The authors note several limitations to their study. Survey participants were recruited by random invitation of people who had completed other surveys on an online platform and were not randomly selected from the whole population. This approach reaches people with diverse geographic and demographic backgrounds but may exclude groups with limited internet access.

The data on mask wearing habits was self-reported and it is unknown how well they correlate with actual behaviour. People may report wearing face masks despite not doing so in practice because they believe it to be more socially desirable, or vice versa.

The data used to estimate physical distancing practices relies on mobile phone usage and may not accurately reflect behaviours in areas of lower ownership.

Additionally, the researchers controlled for the population density of each state to account for the fact mask-wearing may have a greater effect in more densely packed communities, such as states with many cities. However, the study did not directly study cities vs rural areas, and only looked at overall state population density. This may bias their results as there are important relationships between where an individual lives (ie, in cities, towns, suburban areas) and their likelihood of wearing a mask.

Writing in a linked Comment article, Dr Hannah Clapham of the National University of Singapore, who was not involved in the study, said: “The evidence is clear: masks work. However, their use is a non-targeted control measure, wherein the whole population is involved, rather than just known or suspected cases. Buy-in from society as a whole is therefore necessary for the success of the intervention. Rader and colleagues show a relationship between transmission and reported mask usage but did not see a step change in transmission when mask mandates were introduced. This suggests that in the US there is a disconnect between rules, messaging, and actions, and that further socio-behavioural research is needed on what motivates people who choose not to wear a mask to protect themselves and those around them.”

Dr Clapham notes that care should be taken to avoid risk-compensation, where mask-wearing may give a sense of safety that leads people to engage in behaviours that increase the risk of virus transmission, such as increased socialising. She also notes that the uncertainty about the magnitude of the reduction in transmission due to masks, and the finding that impact of masks can be even greater when combined with other control measures, means that other measures such as contact tracing, testing, isolation and quarantine remain necessary.