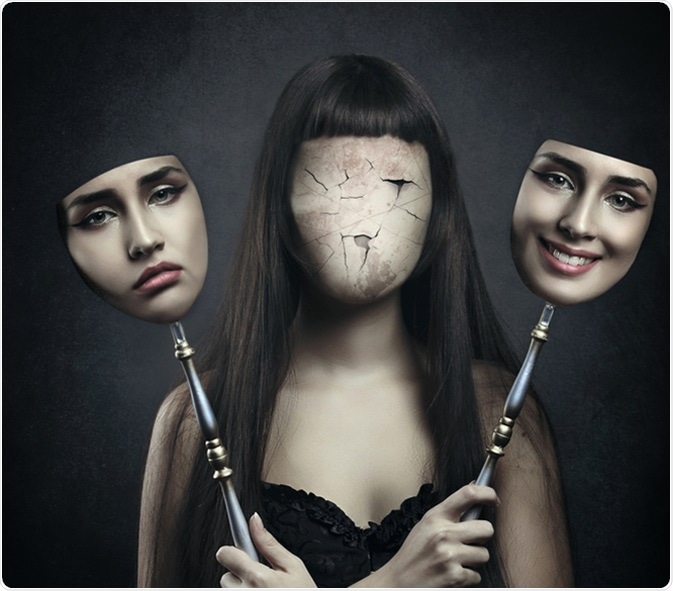 Losing touch with the real world and your identity can be difficult to cope up with. Learn about Imaginary World V/S Real-World to cope up with Dissociative Identity Disorder(DID)

March 5th is observed as Dissociative Identity Disorder Awareness Day. Dissociative Identity Disorder (DID) was earlier known as Multiple Personality Disorder. It basically occurs when an individual has two or more distinct personalities or identities. Their alternative personalities exhibit and alter the mood. DID happens when the patient cannot control his own personality. There is an alternative personality that is believed to take turns to come in control and the patient is not aware of what is happening. It impacts the quality of life of an individual.

How does  Dissociative Identity Disorder(DID) occur?

Your sense of reality depends on behavior, memory, mood, feelings, thought, perceptions. If these become disconnected, you don't register it in your conscious mind and then there is a complete change in sense of your perception and identity. You completely dissociate with the real world. Many disorders such as bipolar disorder, schizophrenia, and personality disorder due to alcohol, drugs have come into existence as mental health problems.

Confusion  Altered mood and mental state  Out of control emotions  Memory gap  The feeling of detachment from one's personality  Alternative two or more personalities  Sudden change in behavior  Being unresponsive or gets” zoned out” completely  Mind keeps wandering  Mental distress.  Having a past traumatic event Feeling stranger to yourself  Being confused about their sexuality or gender  Forgetting your talent or learned skill  Distorted views of the body.  A feeling of being unreal Being unable to recognize yourself in the mirror  Acting like different people, childlike behavior  Feeling like different and multiple people inside you  Forgetting important personal information.

Dissociation is “detachment from reality” where the person loses his own identity and personality due to excessive trauma or stress, especially in childhood. The display of two or more personalities can disrupt a patient's identity, behavior, mood, awareness, memory, perception, thinking, and senses. Patients with DID have gaps in memory which leads to problems in cognition and thinking patterns. Everyday events would be difficult to relate to as the patient has a disorder and a change in his behavior. This may impact causing significant distress in working and social environments.

The Imaginary world V/S The Real-world

Patients with Dissociative Identity Disorder (DID) cannot understand the difference between the real and imaginary world. They experience a lot of differences in their imagination. They may have different perceptions and may appear to talk with imaginary people which do not exist in the real world. One needs to understand this chaotic behavior which is not caused by the influence of any drugs or alcohol.

Living with Dissociative Identity Disorder (DID) can be scary, frustrating, and isolating. It’s difficult for the patients suffering from DID to cope up with their alternative behaviors and moods which keep on fluctuating from time to time. Many people go undiagnosed till adults. Patients with DID may experience disconnection with a person's consciousness, real identity, or awareness of reality. This may result in cognition problems affecting their mental capacity to make decisions. The patient may have a hard time storing and recalling information. Switch personalities can make them fatigue, tired and cause complete loss of energy. They have problems in recognizing themselves and lose their own identity. They feel like someone else is taking control over  their body

Many signs and symptoms correlate with anxiety, depression, and other health problems which need to be differentiated from Dissociative Identity Disorder(DID). People with  Dissociative Identity Disorder(DID) symptoms must be taken care of at an early stage. If your loved one is suffering from it, make sure to voice out your concern with a good experience, and a professional doctor who can treat it.