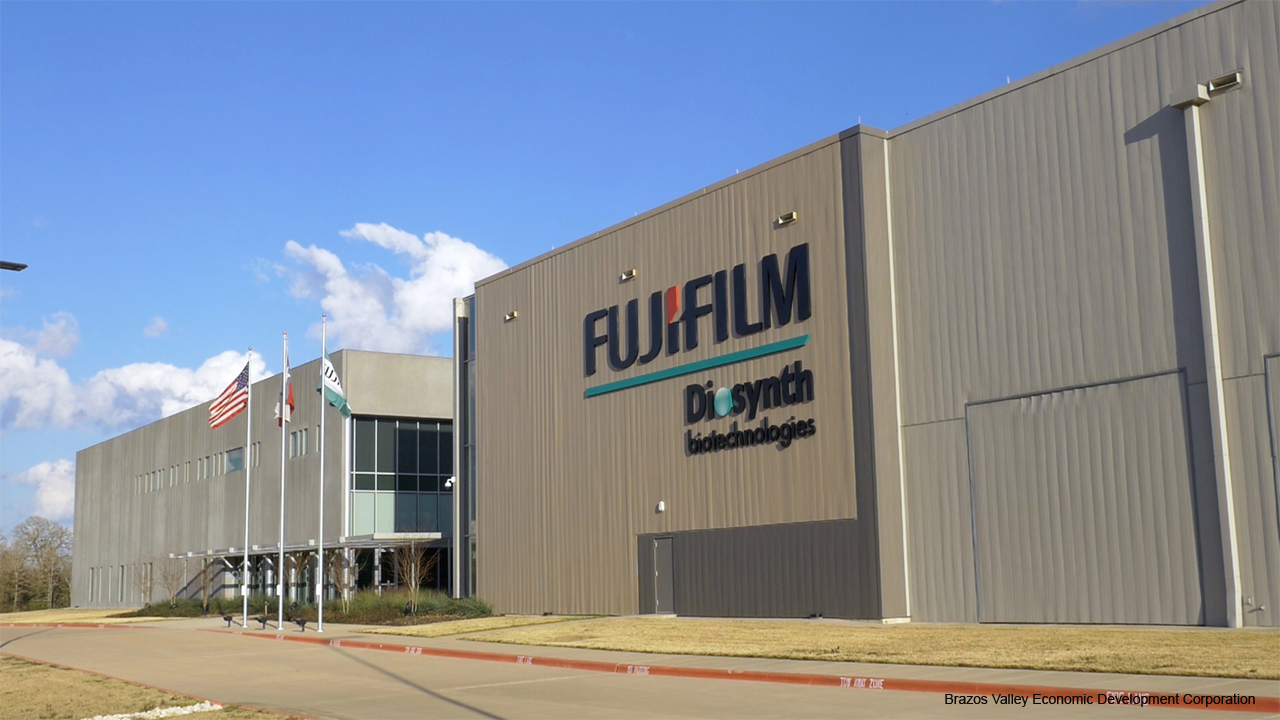 FUJIFILM Diosynth Biotechnologies announced that production has begun in Texas on two different COVID-19 vaccine candidates with support from the U.S. government

FUJIFILM Diosynth Biotechnologies Texas, a subcontractor of the CIADM, recently completed its capacity expansion at its Flexible Biomanufacturing Facility in College Station, Texas, to accommodate large-scale production of the COVID-19 vaccine candidates. FUJIFILM Diosynth Biotechnologies will produce bulk drug substance of NVX?CoV2373, Novavax’ vaccine candidate, which began phase 3 clinical testing in the U.S. and Mexico in December, 2020. NVX-CoV2373- is already being manufactured at commercial scale at the company’s plant in Morrisville, North Carolina.

“After several months of intense preparation and hard work, we are ready to produce two vaccine candidates locally here in College Station,” said Dr Gerry Farrell, Chief Operating Officer, FUJIFILM Diosynth Biotechnologies, Texas. “We are pleased to bring our technical expertise and world-class facilities to support the mission of Operation Warp Speed in bringing a safe and effective vaccine to the world.”

“The Texas A&M System is proud to be part of this unprecedented manufacturing effort,” said John Sharp, Chancellor of The Texas A&M System. “Our partnership with FUJIFILM Diosynth Biotechnologies confirms the importance of the CIADM program for Texas, the nation and the world.”

FUJIFILM Diosynth Biotechnologies owns and operates three facilities built through the CIADM program. As a subcontractor of the Texas A&M System, the facilities can be made available for emergency government use.

In July, the federal government reserved capacity at the College Station facility through the end of 2021 by tapping into an agreement with the CIADM. To enhance vaccine production, FUJIFILM Diosynth Biotechnologies accelerated its planned capacity expansion investments in the facility by several months. The facility is the largest scale-out cell culture manufacturing facility in the U.S. with a total of 14 2,000L cell culture trains.

To prepare for mass production of the vaccine candidates, FUJIFILM Diosynth Biotechnologies has added about 260 positions since April 2020, doubling its local workforce. The company plans to recruit another 50 positions.

“Our team has worked around the clock since July and we’re starting to see light at the end of the tunnel,” Farrell said. “There is great pride and satisfaction on our team for being part of the solution to the pandemic.”

The CIADM contract is with the Biomedical Advanced Research and Development Authority (BARDA), part of the Office of the Assistant Secretary for Preparedness and Response at the U.S. Department of Health and Human Services (HHS).

“This is a tremendous responsibility,” said Dr W. Jay Treat, Texas A&M’s Chief Manufacturing Officer for the CIADM. “It’s gratifying for us to make a positive contribution in fighting the pandemic.”

Operation Warp Speed is a partnership among components of the HHS, the Department of Defense and other federal agencies, engaging with private firms, and coordinating among existing HHS-wide efforts to accelerate the development, manufacturing, and distribution of COVID-19 vaccines, therapeutics, and diagnostics.